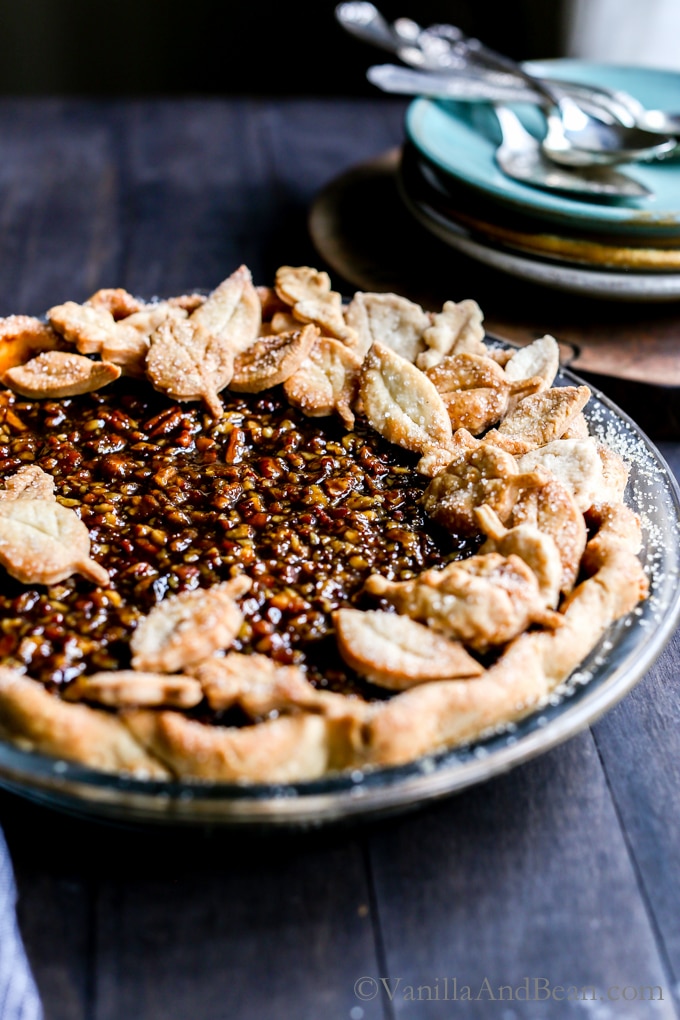 A holiday treat, this Vegan Bourbon Pecan Pie is dairy and egg free with a hint of molasses, maple and a taste of bourbon! | Disclosure: This post is sponsored by Rodelle. Thank you for supporting brands that help support Vanilla And Bean. All opinions are my own. 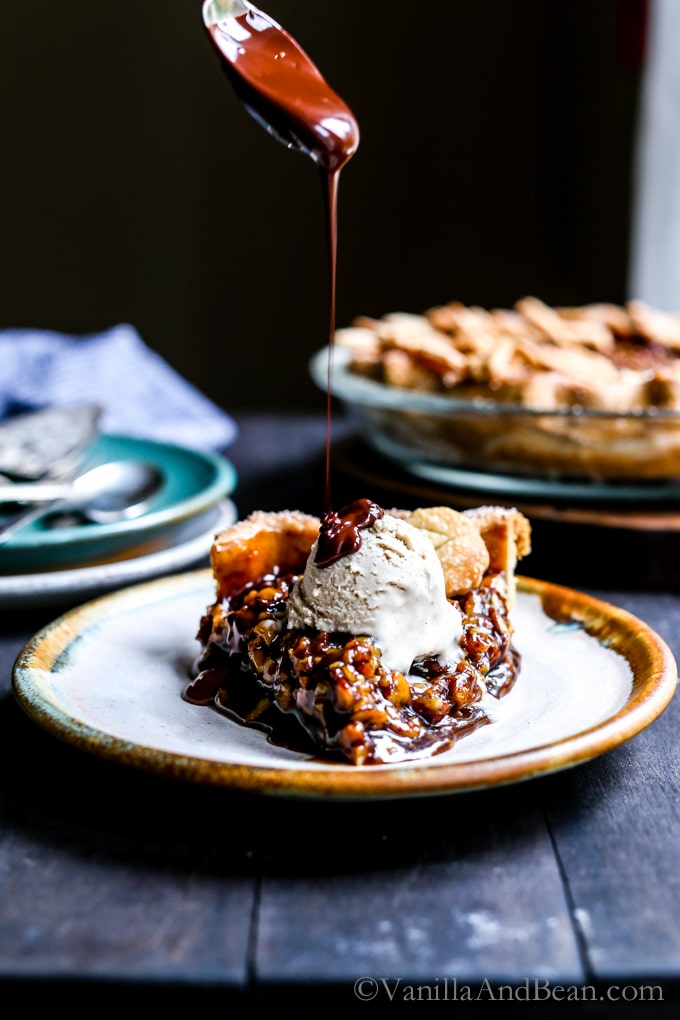 We’re getting down to the wire with Thanksgiving so close. December holidays will be here before we know it. I’m feeling ready…

Ready for a break that is! hehe.  How about you?

After making an egg-based Bourbon Pecan Pie, I was asked by Bob, a Vanilla And Bean reader, if anyone had tried making my recipe without eggs. I hadn’t heard from anyone who did, so I got to work on this vegan pecan pie recipe. 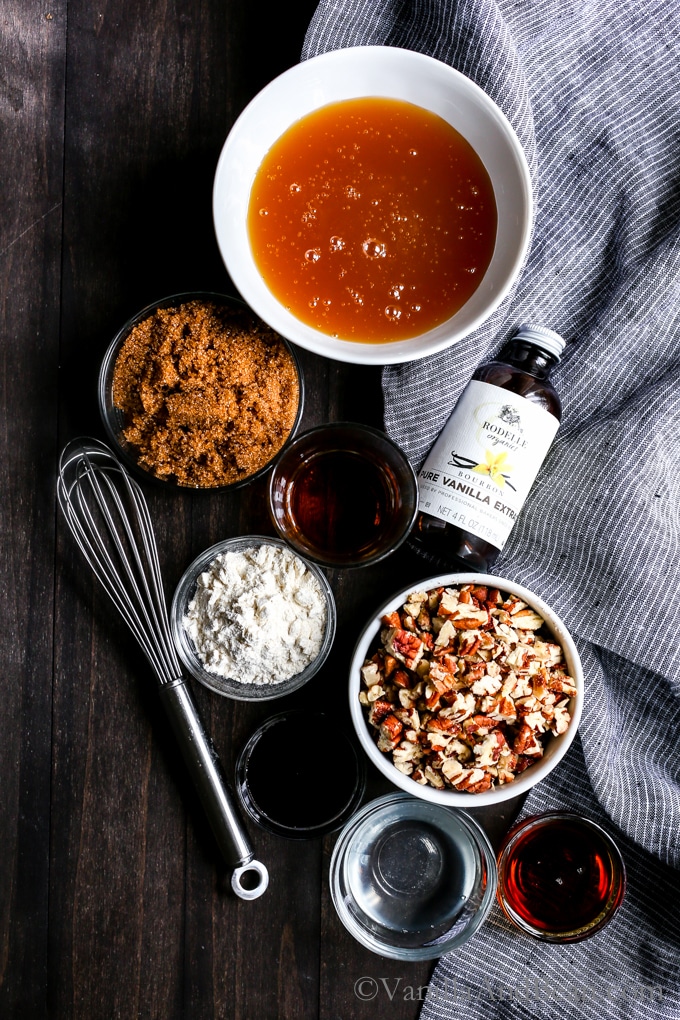 First, I started working on the crust. After some trial and error I finally came up with a Coconut Oil Pie Crust that’s flakey and tender. Then I got to work on the filling.

I tried aquafaba in direct replacement of the eggs, but I ended up with a too loose filling. Perhaps I didn’t bake it long enough? I ended up freezing the filling to be used later as an ice cream topping. At some point I’ll go back to the drawing board on aquafaba, but wanted to try something different.

I recalled reading a recipe from The Washington Post, by Joe Yonan, some time ago about vegan pecan pie. Joe uses a roux to thicken his recipe so I thought I’d give it a go! I used coconut oil, flour, and bourbon to make the roux. And this worked, but I boiled the sugar mixture too long upon initial cooking.

I had to go back to my baking books and review sugar cooking temperatures from firm ball to hard crack stage. I ended up with a candy Vegan Bourbon Pecan Pie! But at least I was on the right track. 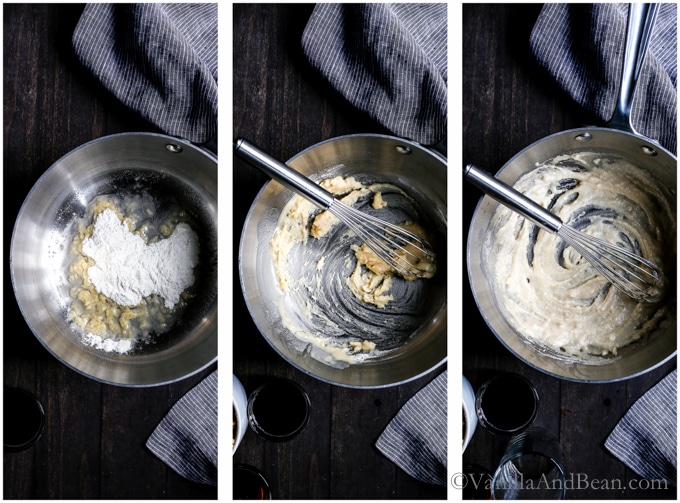 After decreasing the flour just a bit, not bringing the filling to a boil on the stovetop, and baking it for just the right amount of time, I finally got the consistency I was after.

What I love about this vegan pecan pie is the richness of the filling. It’s loaded with pecans, a hint of maple and molasses. The bourbon is noticeable but not overwhelming. I also use brown rice syrup instead of the traditionally used corn syrup to avoid GMOs and the over-the-top sweet typical of corn syrup. 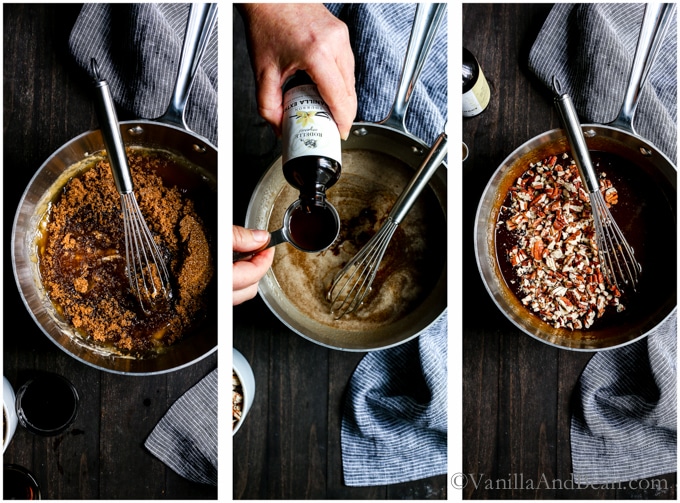 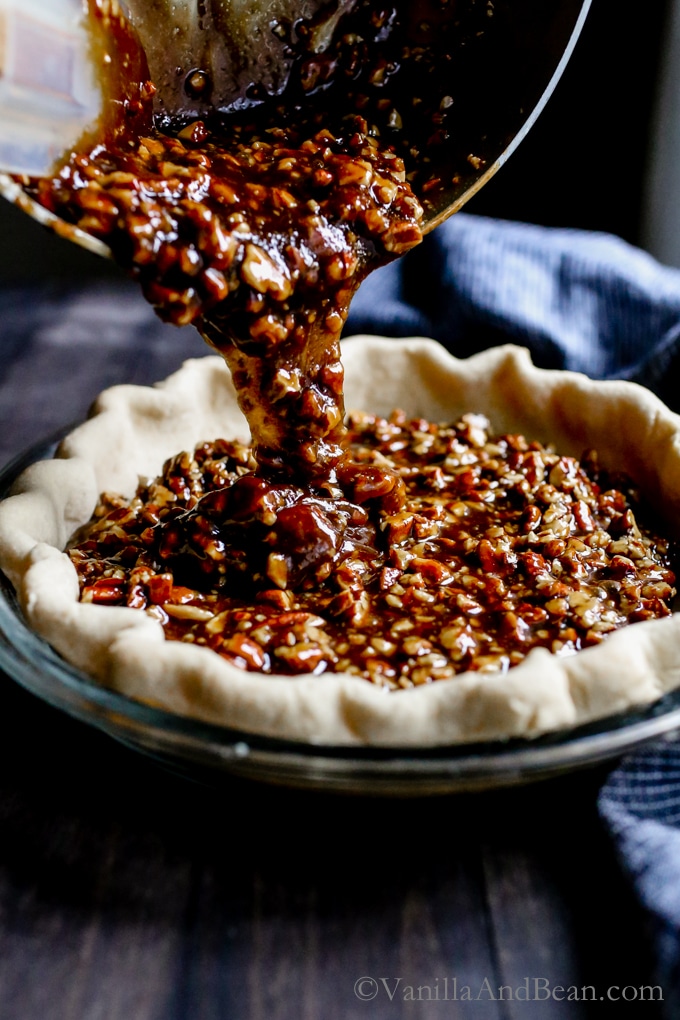 The texture of this vegan pecan pie recipe is different from an egg-based, custardy pecan pie but still smooth and rich in its own eggless right. And it’s good for me anyway, as someone who is trying to avoid eggs unless they come from the farm down the street.

Rob nor our neighbor is complaining! They’ve devoured most of it, and I’ve had to resist after having WAY too much pecan pie over the past several weeks.

I use Rodelle’s Organic Bourbon Pure Vanilla Extract, an aromatic and rich vanilla that’s sourced from an association of over 3,000 farmers who collectively make up an employee-owned cooperative. Their vanilla beans and extracts are truly farm-to-table and produce rich, earthy notes that tie the flavors of this pie together beautifully.

Make this pie using my Coconut Oil Pie Crust and serve it warm with a big ol’ scoop of Vegan Bourbon Vanilla Bean Ice Cream and a good drizzle of melted chocolate. 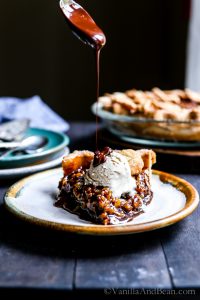 Prep Time:20 minutes
Cook Time:45 minutes
Total Time:1 hour 5 minutes
Servings:8 Slices
Calories:530kcal
Author:Traci York | Vanilla And Bean
A holiday treat, this Vegan Bourbon Pecan Pie is dairy free, and egg free with a hint of molasses and a taste of bourbon! *Make one day ahead of when you plan on serving so it has time to set.

For Finishing and Serving:

*Use leftover pie dough to make leaves or other shapes to lay on the edges of your pie. To do this, gather the scraps and reroll the dough if needed (rest the dough after gathering the scraps and reworking the dough for about 10 minutes. This will allow the dough to relax and make it a bit easier to roll). Cut shapes, add decorative veins with the tip of a knife dipped in flour, freeze for about 5 minutes, then brush nutmilk over the pieces. Lightly sprinkle with cane sugar. Bake on a parchment or silpat lined sheet pan while the pie bakes for about 9-12 minutes or until golden - keep an eye on them - the smaller the leaf the quicker the bake. Decorate the pie once the leaves and pie have cooled. 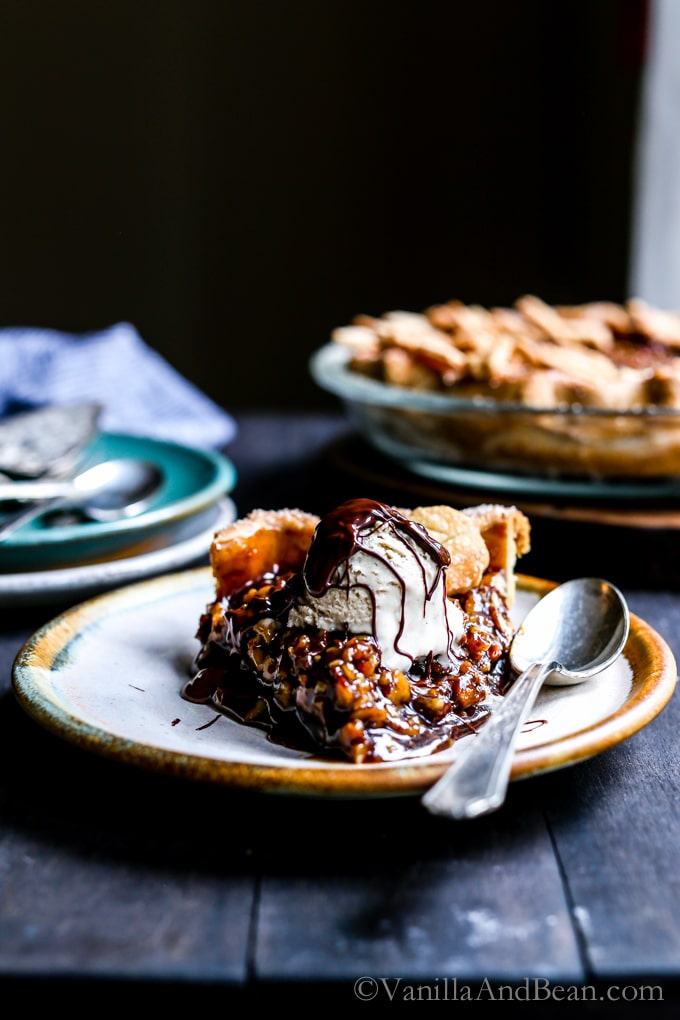 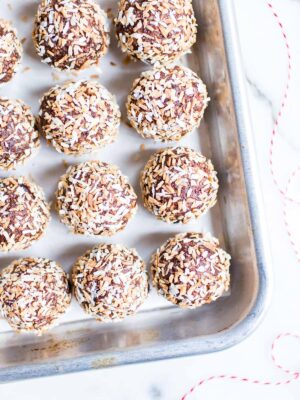 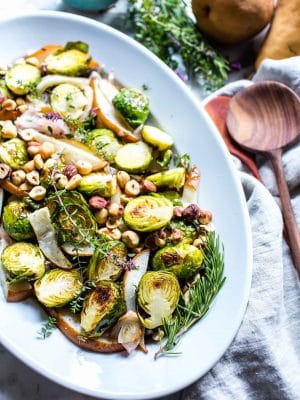 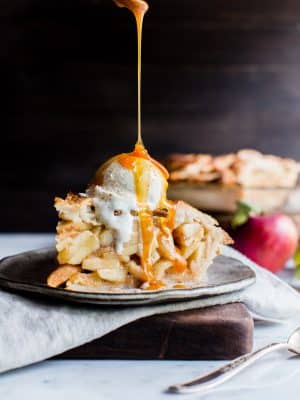 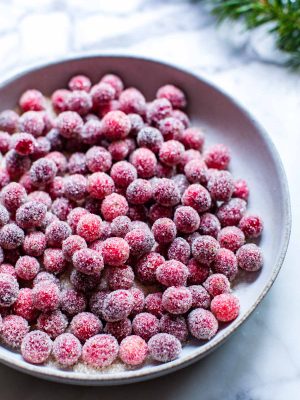